A rather 'long' Biology lesson 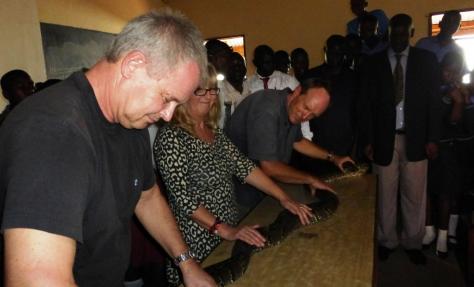 Who said that Science or school was boring? We recently had the privilege to hold a practical Biology lesson at Wobulenzi Town Academy with a rescued 10ft African Rock Python that had strayed in to the local village - probably in search of an easy goat or chicken meal.

Most of the students had never have seen such a beautiful large snake - and so it was excellent to be able to show first hand the fascinating physiology of a snake - the heat sensor pits on the nose that can effectively see prey in the dark, the tongue that is used to smell the air, where a snakes tail starts (!), how to sex a python as well as showing that snakes are not slimy or deadly to touch. It was a very popular lesson! 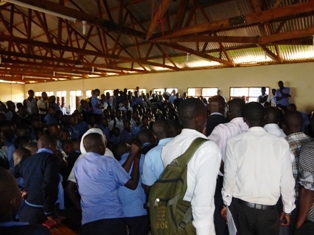 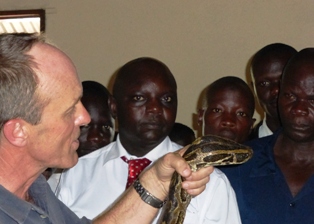 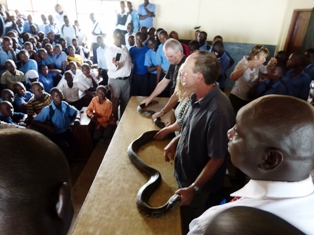 'Percy' lived in one of the guest house bathrooms for a week where it was fed and watered before being taken to it's new home in the nearby Ziwa Rhino Sanctuary - where there is both safety and food. He should thrive and grow to a good size (around 30 feet if he does well). Now that beats a day in the office! 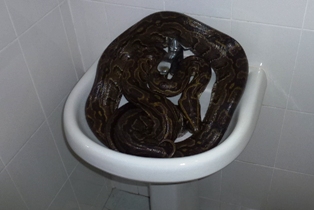 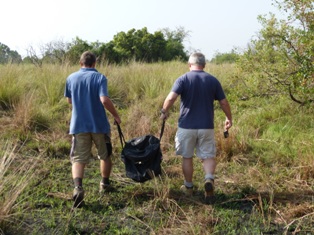 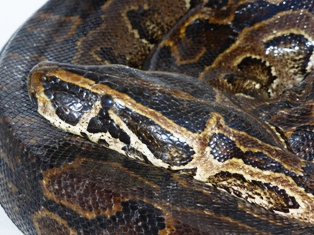