Looking Back and Looking Forward 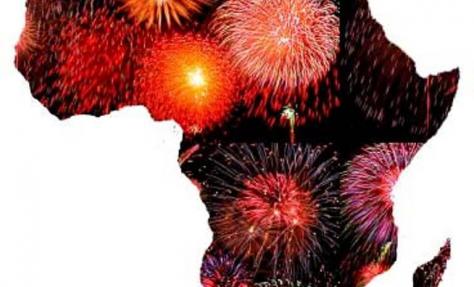 There are thousands of 2017 photos to choose from (!) , but we have spared you the 'full' slide show. These few sum up some key moments from this year -

January - start of the academic year and always a good time for teacher training. The toolbox puzzle below was a key activity to illustrate the relationship between SD and WTA - SD provides the tools to enable Charles and team to do an even better job. 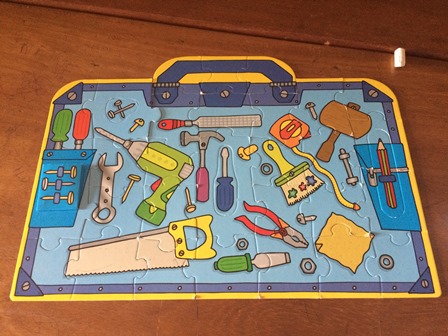 February - the official signing of the paperwork for the new 'Bridge' -  now renamed 'Connect Education Centre'  - in Gulu. This gave the go-ahead for work to begin. Dan Unterrheiner (Jody's husband) kindly agreed to take on the responsibility to oversee the building project and did an amazing job - what a hero! 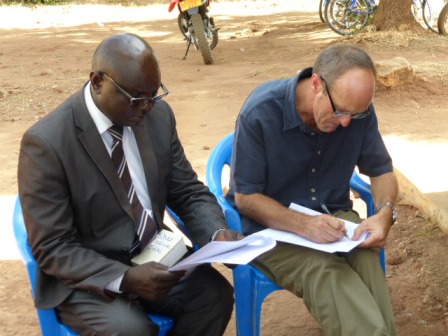 March - this year, the Bridge in Lukomera has organised some great inter-school activities - a football and netball tournament, quizzes to prepare for the P7 exam and some hotly contested debates. These are an excellent way for schools and teachers to work together and understand each other better. 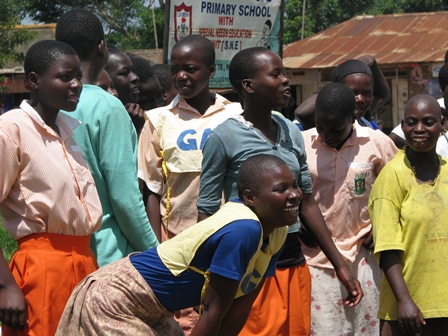 April saw another 'first' for WTA - a visit to Ziwa Rhino Sanctuary, courtesy of Rhino Fund Uganda. It was, as they say, a 'grand day out'. 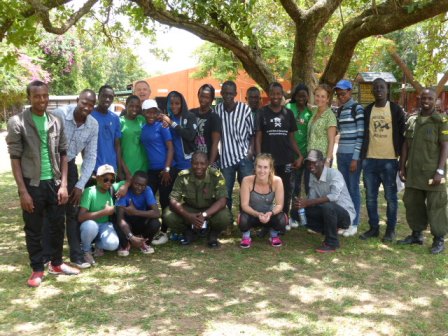 May - at the start of second term, Johannes and Gé began their role as new Project Guardians. Fully immersing themselves in school and community life -  Gé making a great contribution at The Bridge and to a women's sewing project in Lukomera and Johannes with vast range of practical achievements  - building, water projects, community links, planting and landscaping to name but a few. 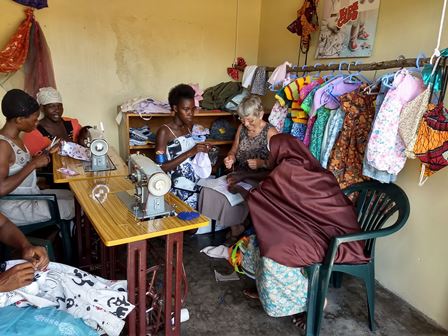 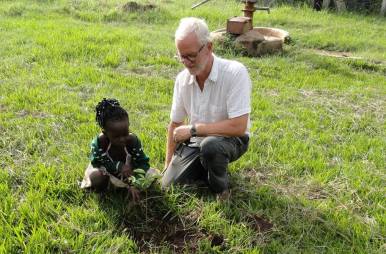 June - a story of two small children - Sula (in the picture) was successfully treated for malaria at The Rock by the staff and by Kati, who was volunteering in June. Very sadly, a little girl of about the same age died later in the year of malaria - it is both preventable and treatable. Malaria remains one of the biggest causes of death in sub-Saharan Africa - Lukomera of course is no exception. 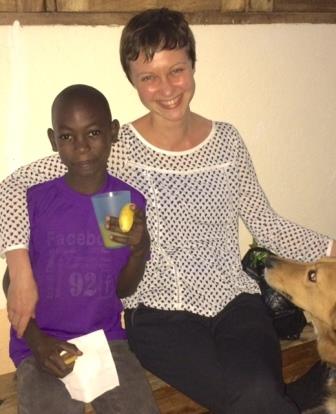 July - the 10Up team from Romsey worked with the WTA staff on developing innovative teaching techniques and organised some fun activities at The Bridge and with the WTA students. They were sensational! 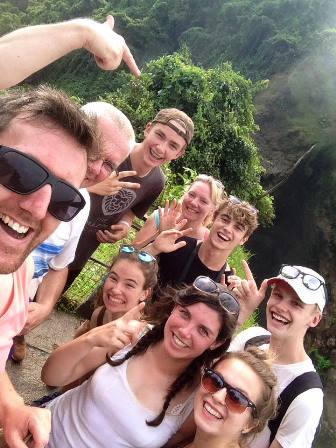 August - new Headmaster Benard was appointed. One of his first official roles was to attend a prestigious Ministry of Education Headteachers' conference held at State House, Entebbe at which President Museveni told the audience that they need to 'make teaching fun' . Future teacher training could be interesting..... 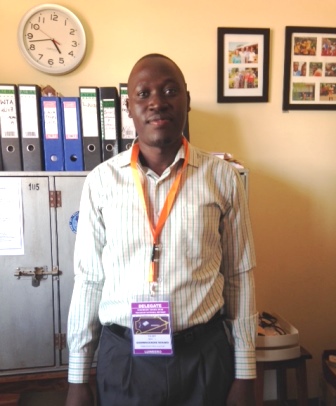 September is the start of the third and final term of the school year. HM Benard is committed to a longterm aim of developing Maths and Science teaching, together with improving academic results at WTA. 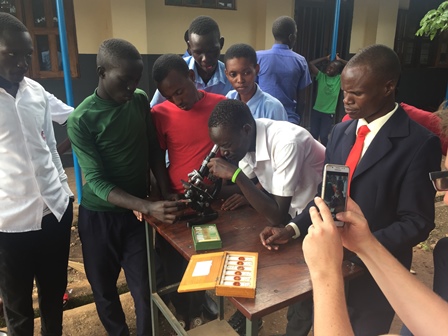 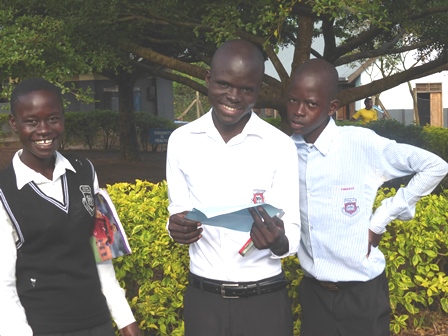 October saw another 'first' for ServeDirect, with a visiting team from the Netherlands. . Johannes and Gé hosted a number of teams and small groups from Holland over the year who have got involved with community and school activities. 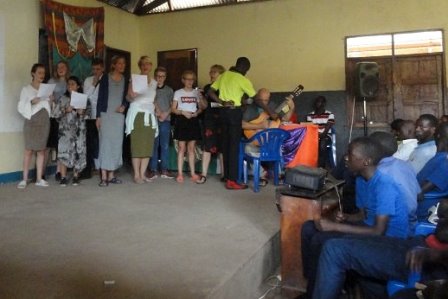 November....  we are delighted to be working in Gulu at the Connect Centre with these two talented, education-obsessed, energetic individuals: Jody Unterrheiner (left) and Melissa Rogers (right).

Also we hosted the very awesome Yorkshire Friends Team. They came out to help finish off the new building of the Connect Centre and did a great job 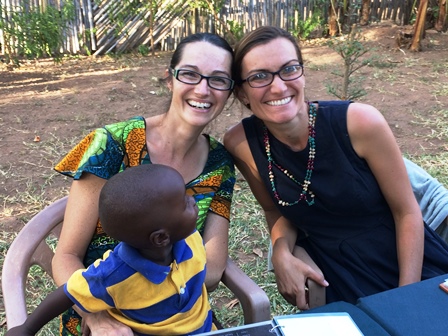 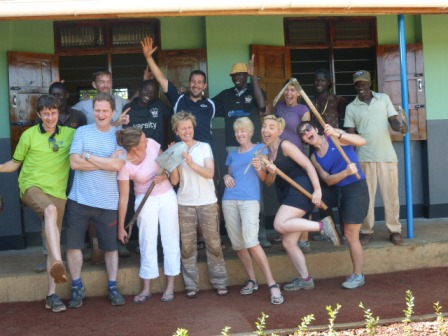 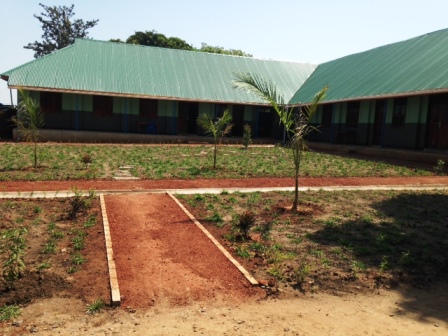 December - ending the year with yet another glorious Ugandan sunset, and with some inspiring words from Charles: " I want to assure you of my continued effort to pursue all matters of WTA with the support of ServeDirect and with God's guidance.  One thing I know is that tomorrow will be better than today" 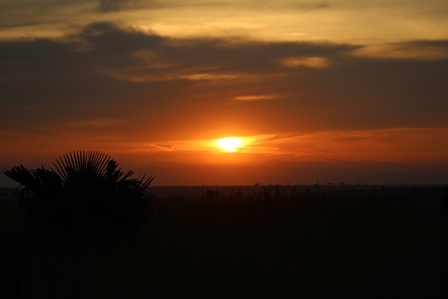