End of Term Events and Visitors 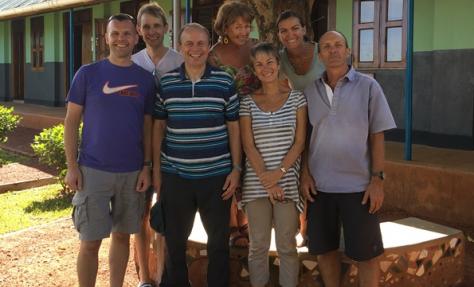 Just when you think there are no visitors in the diary, then four wonderful Romsey (& London) people arrive almost all at once. Firstly, Neil and Judith Kirkland arrived in early November, following a quick detour to Rwanda. Shortly after, Sim Dendy joined us with his brother, Mark for a fast and furious week of visits to both Lukomera and Gulu.

Although both Neil and Judith had visited WTA before, this was their first visit together to the new site - so a very long-awaited trip. Typically, they both threw themselves into school life in an exhausting fashion! Neil took on the challenge of working on issues with the solar panel system and batteries, plus looking at new computer installations. Judith led some 'hands on' training at both Connect Education Centres which was invaluable. Through an ingenious combination of team teaching, feedback and active discussion with the teachers, it was easy for the Connect staff to implement some new, practical approaches to classwork.

Particularly impressive was Neil meeting up with two ex-students who remembered his scientific rocket-launching lesson from ten years ago. Talk about lessons with impact! He discovered this by meeting up with Teacher Jackson, who currently teaches Maths at Connect, Lukomera, and later when we all called in to visit Tibemanya Moses, who lives with his young family near Masindi. Ten years ago, they were in S3 and S2 on the old site! 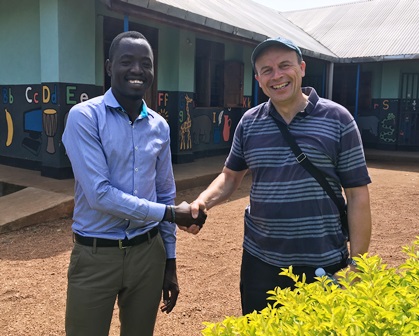 Then, all within 24 hours of arrival in Uganda, Sim and Mark managed to tour the WTA /Connect Lukomera site, preach on Sunday, meet up with Charles and team, visit the potential football field, travel up to Gulu and go on a cross-country hunt for pizza during a torrential thunderstorm! They continued to be busy: small team training, lesson observations, school visits and some innovative floor sealing - we don't like our visitors to get bored....  We are extremely grateful to Neil, Judith, Sim and Mark for their hard work and input in both Lukomera and Gulu. 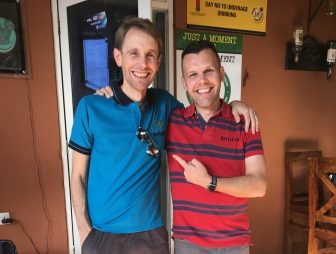 And finally...... it's already the end of term and the end of another school year. S4 finished their exams in late November and the final S6 A' level exam in early December. In the final assembly for the other 4 classes, the Headteacher announced that the top performing students in each class would pay reduced school fees next term. Big smiles and much handshaking all round. 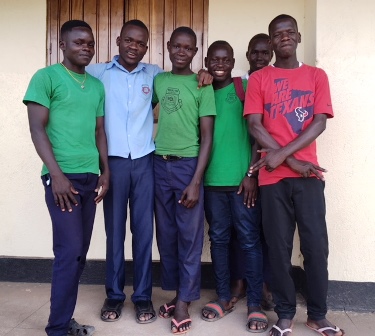 By early morning the school site is almost totally deserted.... until next February. Some students who stayed for the previous holiday programme have not been home since May. The long holidays have arrived and school is most definitely 'out'.