Did you just say what I thought you said? 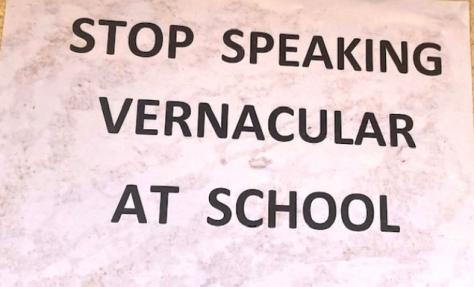 Director Charles often describes WTA as a ‘mini Uganda’: a microcosm of many tribes, many languages, many backgrounds, even several different nationalities, all living together and -  being a secondary school -  studying together… and only communicating in English. Or at least that is how it’s supposed to be.

Quite simply, local languages, using your mother tongue, aka ‘speaking in vernacular’ is not permitted and is 100% against WTA school rules. Much easier said than done. Two of the biggest language groups are the Luganda speakers from Central, (including Kampala & Luwero District), and the Acholi from Northern Uganda. There are many other languages spoken at WTA as well. One of the biggest challenges is to insist on English all the time.

Imagine a huge group of young people all speaking their own language – and then being the person walking past to insist that they all switch to English, often their second or even third language! However much we might be used to a different focus on the value of new languages, this is not the correct message for WTA. 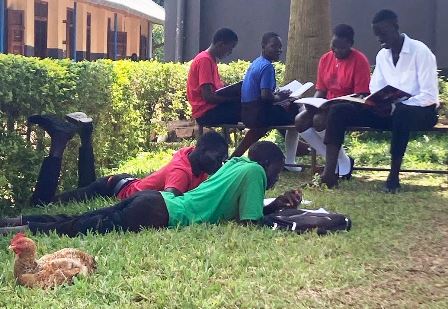 In other secondary schools the sanctions for speaking English are formidable – a student may be required to hang an animal bone round the neck or put on a sack ‘dress’ with a sash that decries you as a ‘Vernacular Speaker’, rather like an old school ‘dunce hat’. Obviously, both punishments are intended to shame and humiliate. At WTA, for the last month the Director, all teachers, all prefects (and even ServeDirect) have been taking this issue very seriously to ensure that vernacular speaking stops. All guilty individuals are sent to the Deputy who decides a suitable punishment – litterpicking or digging in the compound, neither of which are very popular!

Speaking only English demonstrates that WTA is a ‘serious school’ and it is the language of education. Every single exam, from S1 - S6, requires a competent knowledge of English, and good spoken English increases job potential in a very limited market. Although it is challenging to enforce, the new focus on spoken English is starting to make a difference and there has been more progress in the last few weeks than in the last 5 years.

So – be careful what you say. Umm .. could you repeat that please?