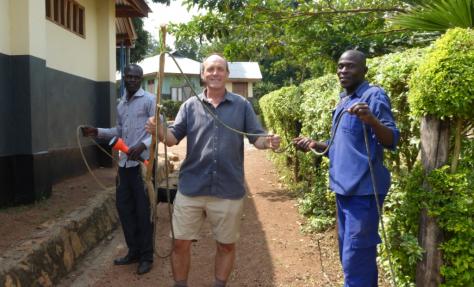 A little technical information is necessary to appreciate the 'contents' - so to speak - of the following article; A pit latrine - commonly known as a 'long drop' - is a deep dug rectangular hole in the ground, with a concrete surround, enclosed in a cubicle, behind a door - and the most common form of toilet in Uganda. At WTA they are built in several blocks of 8 for male and female students, plus 4 for 'Staff and Vistors' (sic)  which are located close to the Library and Lab block - and the new building plot.

Pit latrine are 35 ft (12 metres) deep at WTA and dug.... bespoke toilets, one might say.... Compared to many public latrines, they are pretty clean and relatively unscented... (well, the girls' ones are, as a rule).

This could have been an article about the new building project - but more of that next month, when the photos will be much more dramatic. Instead this works better as a traditional Ugandan animal fable about listening to your parents. ... (are you sitting comfortably, then I'll begin....)

Just after we arrived, Mr Jelly and Pastor Moses were busy preparing to level the new building site. Noone noticed at first the incessant, but muffled bleating coming from far away and the increasing panic of a larger female goat, who was galloping up and down by the teachers' toilets. Closer inspection from Baptist - the WTA Head of Security - brought news that a kid (goat, not small child) had skipped rather enthusiastically past an open latrine door - and fallen into a teacher's latrine. Mummy goat was getting hysterical. And small goat was sounding very pathetic. 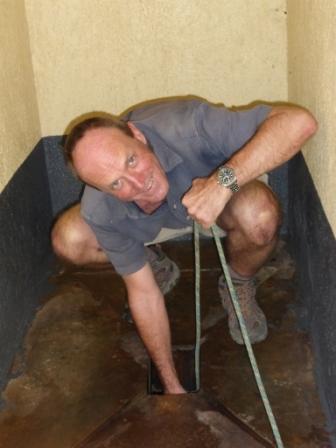 Putting engineering skills and problem solving into practice, they constructed a lasso/lassoo and with a stick to guide the rope. They then effectively went fishing down into the pit, deep into the.... depths of the 'contents' - and after a few attempts, successfully pulled the goat up - as it helpfully stepped into the rope on the ground. Resulting in a very happy mother goat, reunited with small goat, happy rescue team and a delighted goat owner - none other than Master Patrick. Moral of the story... small goats should listen to mother goats, teachers should remember to close the latrine doors - and  one should never leave the house without a rope, a stick, long arms and a Leatherman tool. Also, engineering degrees can be very useful. 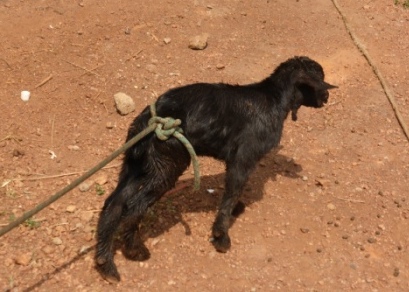 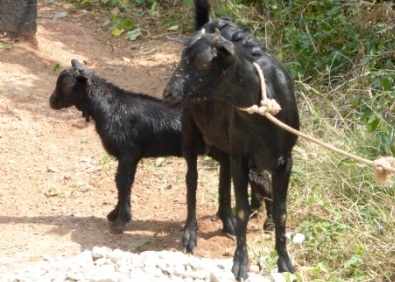 However, it must be said that there was slightly less good humour and delight when, last week, a new S1 boy announced that he had dropped his wallet down a latrine - the wallet containing his pocket money for the whole term - 55,000 shillings (about £11). Rather reluctantly, Jerry and Mohammed constructed a Heath Robinson-like contraption - not unlike a UK litter picker, with a very, very long arm. After some sweaty and strong smelling attempts, the wallet was 'fished out' - contents intact, albeit a little soggy.  One very relieved student, extremely impressed (hopefully) at the great service provided by his new school. There is no such thing as an average day at the office here - all good fun and a great distraction from the elections.