That Talk is No More.. 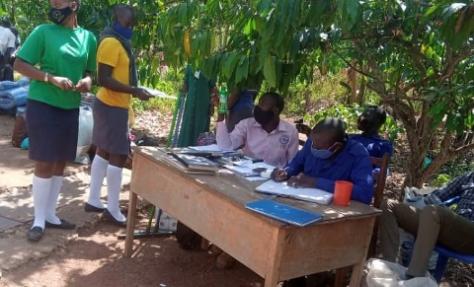 Registration at the Main Gate

Over the years, WTA has been subject to some bad press & local gossip in the community, usually in January/February as the new academic year starts. The origin of such fake news is always hard to identify of course, but is deliberately fuelled by other local 'educational establishments' out of jealousy, in order to dissuade local parents from choosing WTA for their children.

It had became a well-known but repeated tactic resulting in WTA often having slow and low turn-out at the start of each academis year from local day students. Day student numbers would then gradually increase as the weeks went on as the parents found out that many of the promises of excellent teachers and facilities at the other schools proved out to be wrong.

However, this year the debate about WTA turned out to be the cause of a bizarre, local brawl during a recent Premier League match! The Lukomera spectators were gathered round the communal 'pub' TV; one group was insisting that WTA was clearly a good school - its successful opening & preparedness being clear evidence. Another group of disaffected rumour-mongerers were still badmouthing WTA, so the whole disagreement escalated and resulted in a fight. The two groups had to be split up and given their own viewing areas, and the very rowdy crowd were chased out!

So the 'rumour tide' appears to have turned at last. As Charles observed in a recent meeting, 'That talk is no more; the reality is that WTA has survived the storm', ie the combined storm of the pandemic / two year school closure. In contrast to many other competitors, WTA opened on time, was fully prepared and ready to go from Day One. The school is more likely to have the reverse problem of an excess of students wanting to join, because so many other local schools have been forced to close. Class sizes are already large. 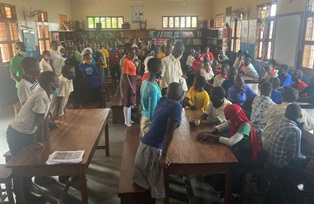 As we have written elsewhere, WTA was one of very few private schools in Uganda that was in a position to support its teachers financially throughout the pandemic. Those who had been spreading misinformation have now been proved to be completely wrong. Just ask down at the pub.....