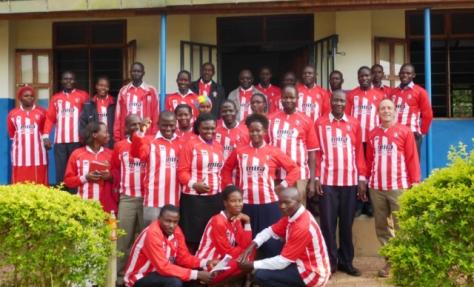 Thanks to the Ugandan Election, (which, if you were following BBC Africa news, was/is an entire subject on its own...), the whole school year has been 'shifted' on by nearly a month. So - the new start date was this last Monday -  22nd February.

After a month of us being back at WTA, finally reaching the first day of term was an attractive proposition. Frustratingly but inevitably, further delay was caused by parents 'fearing' to send their offspring on public transport (due to rumours about unrest), another public holiday for local elections and the temporary suspension of Mobile Money and Social Media 'for public safety and security'. 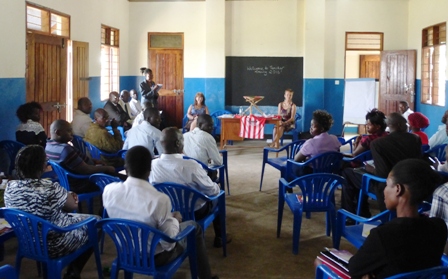 The most energetic day of the week was undoubtedly Teacher Training Day - attended by staff from WTA, The Rock and The Bridge.  Although Serve Direct helped with planning and preparation, the training and discussion was largely led through by the staff themselves, which led to some enthusiastic debates and thoughtful contributions from many individual staff members. 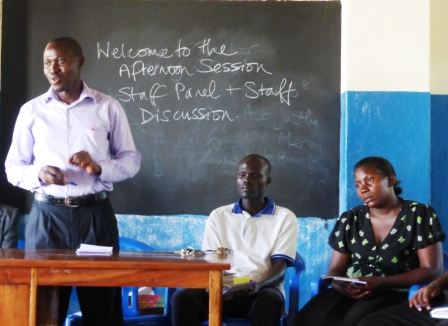 This year, staff numbers are definitely more settled and some of the more experienced and longserving staff were able to talk about their work and how to make the best of working with WTA students.

Thanks to an amazing donation of a vast number of Cheltenham Town Football shirts (thanks Val and Tug!), we used  some of the shirts as a visual reminder of teamwork, teamplaying, aiming for a common goal - and the importance of listening to the coach and manager to lead the team forward. To reinforce the point of being one large team, we included all the staff from all three projects, plus all the support and ancillary staff in this team shirt analogy. And then referred to the Senior Management Team in place as the coaches and managers of the team. 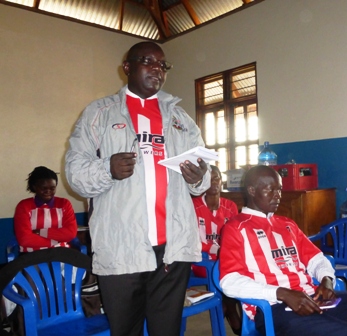 In preparing for the day, we realised that it is now 10 years since the very first team met Charles and Patrick on the old site and 5 years since WTA moved onto this site. It is entirely coincidence that this ties in with each Election year - which is of course every five years. Who knows what it will all look like in 2021? And maybe Uganda will have a new President by then.....

After 5 years on the 'new' Lukomera site, the school is now much more settled, the staff is more stable and so this month, this new term and this new academic year marks the start of a second phase in the life of the school. There are still many more challenges to face and inevitably new issues that crop up... but there is a feeling of moving forward and making progress.... slowly by slowly, pole pole, mpola mpola.