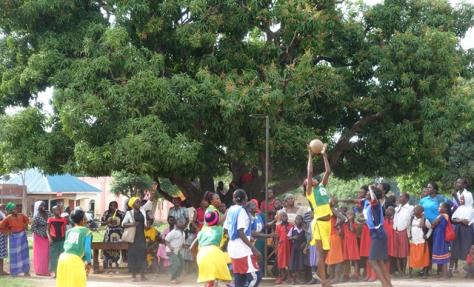 Sport, so they say - together with Music - are ‘universal languages’. But whether football really is a ‘beautiful game’ is likely a matter of opinion.... The other week we saw the real beauty leap into life at the Connect** Centre’s sports tournament for the Lukomera primary schools.

The net result (so to speak) was far far greater than simply scoring goals, applauding the winner and having the day off lessons ……..

Each school entered both a football and netball team – this has become a long-awaited annual fixture. For many, it is the only tournament they can take part in, as they can’t afford the usual high entry fee for official tournaments. But the ‘pièces de resistance’ this year were the parents’ v teachers’ matches, which caused immense excitement. Needless to say, both matches were hugely competitive, the diplomatic result being the teachers winning the football and the parents winning the netball. 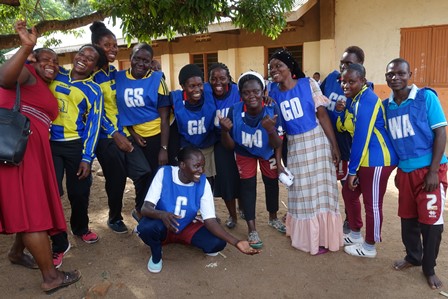 The atmosphere was so incredibly vibrant; both pitches packed with supporters – adults and children. The whole community turned out to watch the finals – literally crowds of people everywhere – not to mention the jangling of the ice-cream sellers, pitch invasions, loudspeakers belting out loud motivating music, dancing, vuvuzelas hooting, cheering, ululating and the Luganda equivalent of ‘Oi, Ref!’ and other objections.  Watching the spectators is definitely as much fun as watching the games themselves.

However, the more serious point is that earlier this term, community relations with WTA were strained. A campaign of serious gossiping and rumour-mongering against the school - mostly by a disaffected few individuals and other rival schools to WTA – was both harmful and unpleasant. This was specifically targeted to influence local parents and their primary children. It was swiftly resolved by some tactical local announcements and meetings and apologies had been extended - but such negativity leaves a lasting unease – until the sports tournament. 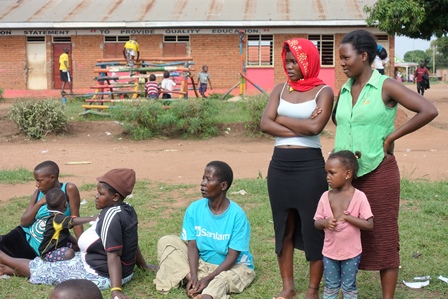 In one single day, the Connect sports tournament created a genuinely positive and joyous impression for the local community. It brought a real turnaround in community relations – which also impacts WTA in a very good way. Indeed a beautiful game – or rather two beautiful games, with a beautiful result.  Needless to say, Deborah and her team are already planning the next event – possibly musical!

**(Hopefully you’re keeping up the change of name.. Connect Centre, Lukomera formerly ‘The Bridge’ and now also called "Mama Connect" by those in Gulu!)