It always comes back to food.... 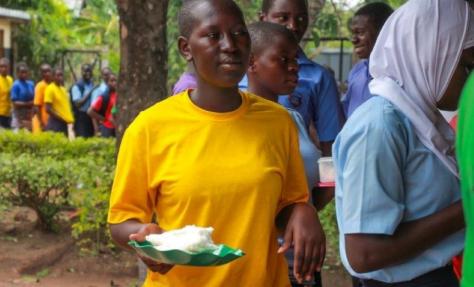 Lining up for lunch

One recent post caused quite a reaction, regarding rapidly rising food costs in Uganda and how that compared with the UK - so this article aims to put a bit more 'flesh on the bones' and to give more context...

Until the start of this year - the average household in the UK would spend just over 10% of income on food at home *(excluding eating out at restuarants etc). As we are all painfully aware, food prices have shot up this year by around 50%, so that means we have had to squeeze the extra 5% from other expenditure - normally by eating out less, to the detriment of many local businesses.

This compares with a staggering figure of 40% of the WTA school income that was budgeted for food at the start of the year. Yes, that is right, nearly half of income was budgeted for food. However, since then, basic foods such as posho (maize flour & porridge) have shot up nearly 300%!! Describing this as a 'problem' is a serious understatement. Some wise forward buying and bulk orders have helped reduce this increase but obviously it cannot match the huge increases. As you can imagine, the budget has literally gone through the roof. Fortunately a large increase in student numbers (+25%) has helped a bit - but serious decisions are having to be made as to how to properly feed the students. Even with careful management and sacrifices in other areas, overall termly expenditure is already up over 50% and rising fast. On top of this, fuel prices have doubled (1 1/2 litres of petrol is now equivalent to the average rural daily wage!) and the resulting salary pressures are causing serious unrest.

So, as always - life on the edge of poverty comes down to having enough food. We know that all our pockets are being seriously squeezed at the moment - but if you can and are able, please click on the donate button above to help ease this difficult situation. The average food bill per student at the school is still less than 40p per day - and that is for all 3 meals. And as all parents know, teenagers need to eat a lot of food to function! 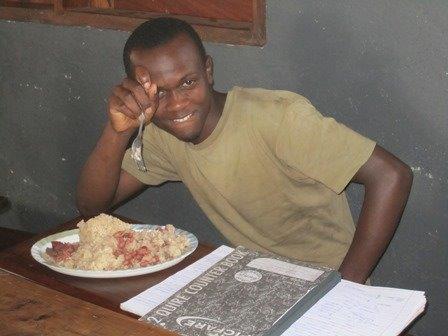