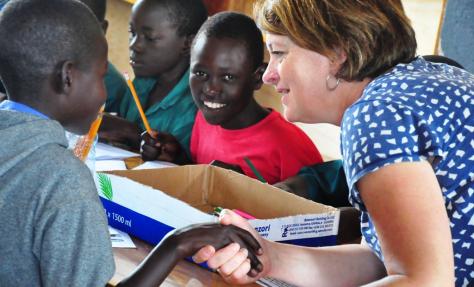 It is with immense sadness to have to write and share news of the recent loss of Helena Davies. As well as being a great friend to many of us personally, she was also a fantastic friend to ServeDirect and part of two WTA working teams. In particular, Helena was a great fan of The Bridge and how to support primary teaching here in Lukomera.

Helena was part of the unforgettable 2009 team who worked to make improvements on the old site, at a time when the number of students was increasingly growing almost week by week. Her skills ranged from interactive teaching to groups of students of 160 and being the mastermind behind the first WTA World Cup tournament. This was memorable for its hilarious pitch invasion in the final, and subsequent star-quality award ceremony! Very significantly, Helena also made the first contact between a local primary school and her own primary school in Sparsholt, Hampshire. 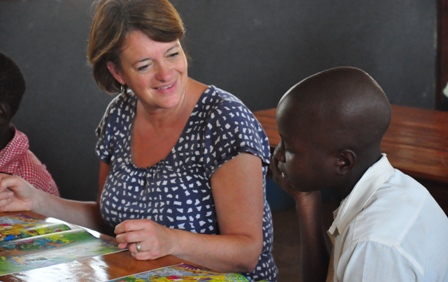 This grew into regular exchanges of letters, cards and stories between two classes, coupled with relentless fundraising by the energised Yr 5/6 UK pupils to improve the accommodation for the special needs class. This funded new beds, a new kitchen plus cooking and educational materials.

In 2012, Helena was part of a team that came, just as The Bridge was opening. The idea  and the need for The Bridge had grown due to the increasing contact with the local primary schools. Helena brought bags of materials, games and teachers' resources - all thoughtfully laminated of course! - and spent time training the teachers, sharing skills and putting it all into practice with the children. She was also a natural communicator with the secondary students, who loved her impromptu 'scratch' version of Romeo and Juliet, not to mention an illicit and spontaneous disco session for the girls. 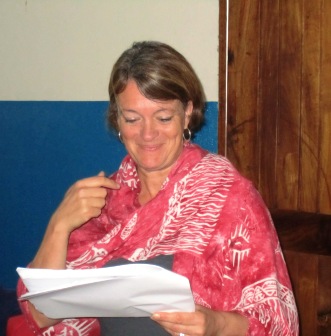 Behind the scenes, Helena was a much loved team member. Unflappable, super competent, full of mad, original ideas and with a wicked sense of fun and humour, she made others relax and see the funny side of difficult situations. One of her most impressive English lessons was 'Heroes - who and why?' For us, we can simply say 'Thank you so much Helena - you have been a real hero for so many here - and you will be greatly missed. However, you have left a wealth of great teaching skills for others to follow.

Director Charles spoke about Helena with the WTA students in a recent assembly, saying that the whole school was deeply saddened by her loss and with the students and teachers, held a moment of silence, reflection and prayer for the whole family, which we also wish to share. Unforgettable. 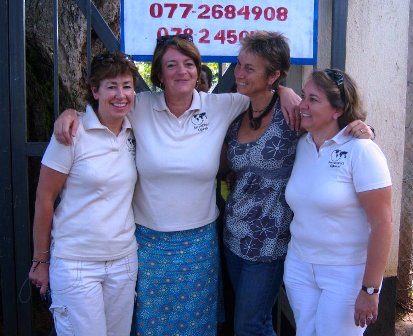