Building Bridges with Books........ in Paris 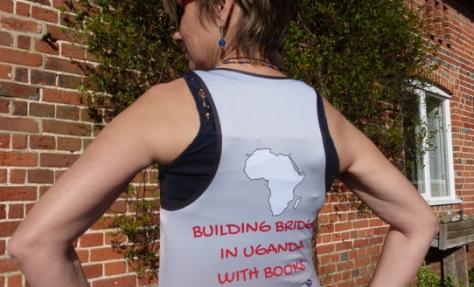 Although The Bridge has many fans both in Uganda and 'this side', we are not  about to open another Bridge in Paris (unfortunately!) ..... But, on Sunday April 12th, Elspeth is running in the 'Marathon de Paris' to raise funds to stock a new children's library for a second Bridge. Introducing reading at an early age dramatically transforms a child's educational chances - which is lifechanging in a country like Uganda. To contribute to new books and resources, please donate via the specific webpage 'Building Bridges with Books': https://mydonate.bt.com/fundraisers/elspethdugdale 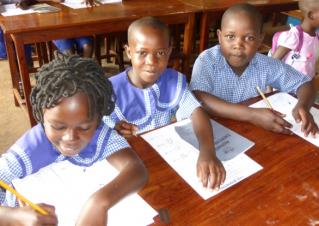 'Where did the idea for The Bridge come from?' is a question we hear, as it is an unusual facility to attach onto a secondary school. Indeed, The Bridge has become an integral part of the WTA site, - together with The Rock Health Centre - and although it only opened at the end of 2012, it is hard to imagine WTA life without it.

Instead of just having input into one single primary school, the role of The Bridge as a Resource Centre means that it can support all the primary schools in the immediate community. At the moment about 10 schools use it regularly throughout the week, often coming together in teams for quizzes and holiday programmes.

Joined Up Thinking   The idea for something like a/The Bridge emerged gradually, really as a result of several strands of thought and a series of observations about the existing challenges and frustrations of  primary provision in Lukomera. By finding ways to tackle some of these, it should surely have a positive knock-on effect to WTA, its student population and educational standards generally?

The name is also both significant and strategic; it is helping to 'bridge' the considerable gap between primary and secondary education, between the community and WTA and forges many other unexpected links that we could never have foreseen.

Over two years later, the Bridge now has 4 full time staff with one teaching assistant and about 400 - 500 primary children attend per week on a regular basis. Feedback from the participating schools and parents is extremely positive and affirming. Moreover, we are now seeing the impact of The Bridge on student learning and attitudes to WTA.  We are now looking to repeat this successful model elsewhere in Uganda.

As a first step, we have been looking into putting a second Bridge closer to Wobulenzi town, and so we are starting to collect resources and books for a new Bridge library, in anticipation of this happening.

All money raised through the Marathon run next Sunday, April 12th will be spent on storybooks, reference books, materials, educational games and resources for The Bridge#2. Thank you and Merci Beaucoup! 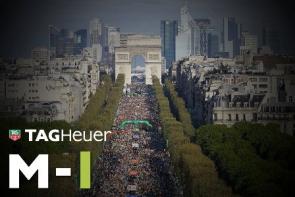